FINRA released the final tallies for 2008 arbitration filings.  2008 witnessed marked change in trends regarding the type of controversy.  Filings citing “Omission of Facts” increased 337% from 2007 levels. Misrepresentation saw the second largest jump in filings with an increase of 171% over 2007.  In 2007, Misrepresentation was the 5th most frequently cited type of controversy and it jumped to second place in 2008.

With the large number of Ponzi schemes discovered recently, will FINRA expand its list of controversy type options to include “Fraud”? Or will Ponzi claims be lumped into Negligence, Failure to Supervise and/or Omission of Facts?

Alison Jimenez will be a panelist on the ACAMS International AML & Financial Crimes Conference panel, “The Algorithm is Your Friend: Creating and Using […] 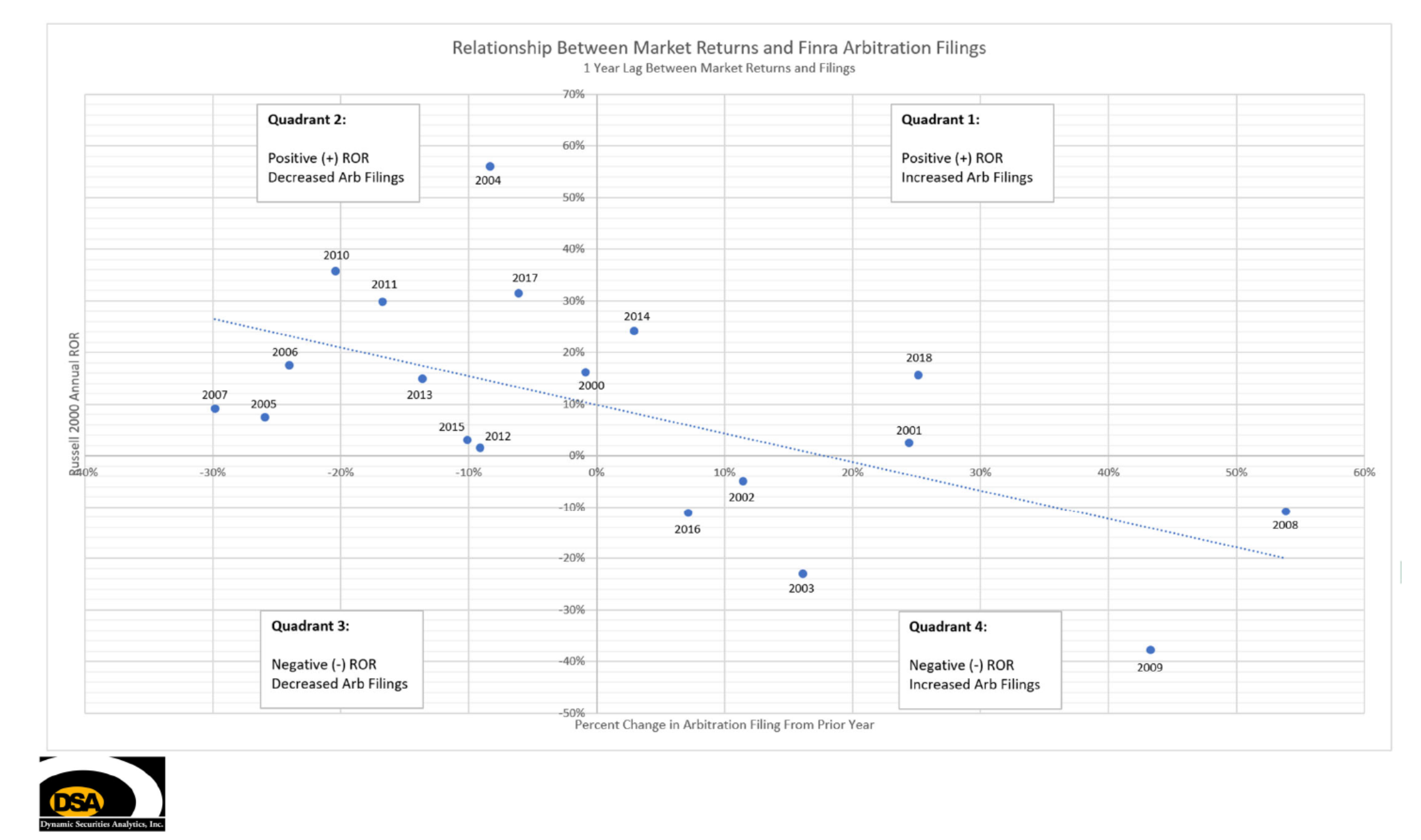 Finra arbitration filings are expected to increase by 35% if the market drops by 10% .