The bubble chart below shows the relationships between Suspicious Activity Types, Products, Instrument (ie. payment mechanism) and Industry. For instance, if you wanted to learn more about Elder Financial Exploitation which DSA identified as the suspicious activity with the largest percentage increase in 2016 SAR filings, you can filter by Suspicious Activity Type. When you hover over the top orange bubble, you’ll learn that in 2016 Depository Institutions reported 1,865 instances of Elder Financial Exploitation using the Instrument of US Currency with a Product of Debit Cards. 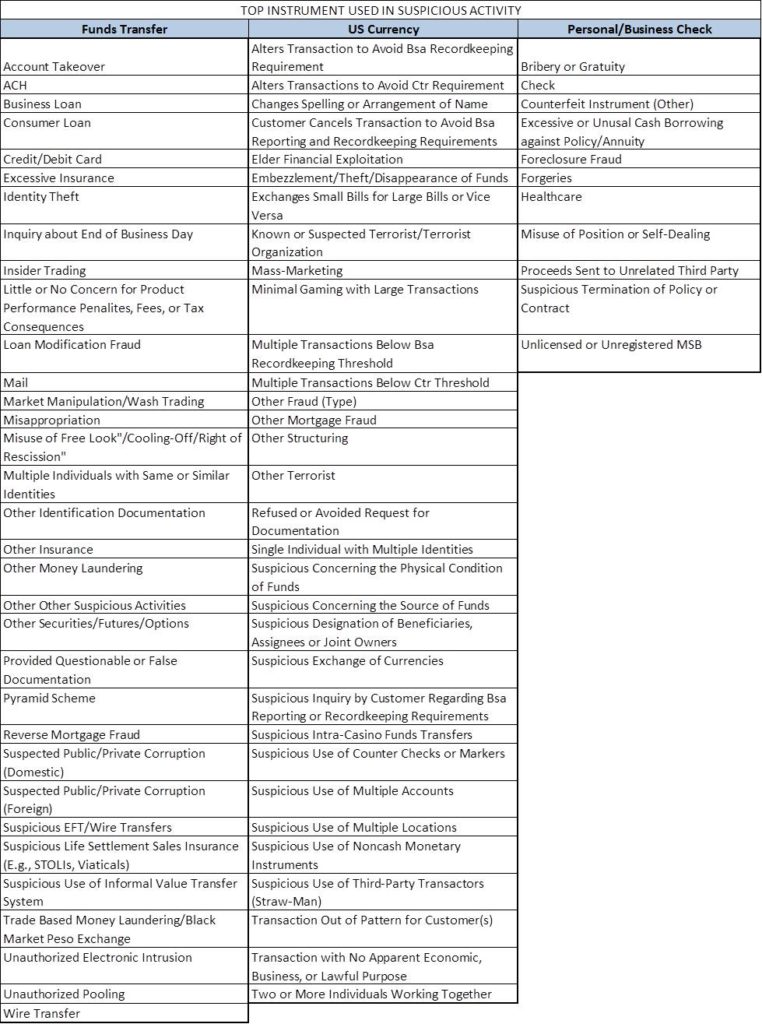 * 2016 SAR data covers the period of January through October 2016. Raw data from FinCEN SAR Stats. A SAR can include multiple suspicious activity types, products, and instruments.